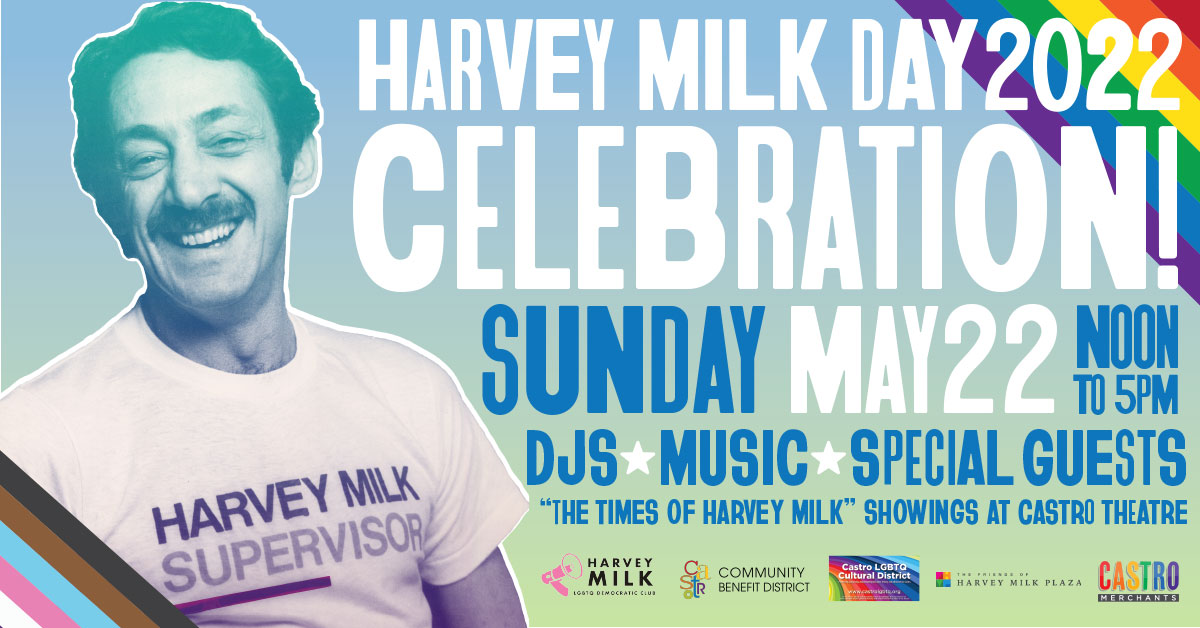 San Francisco, CA - On Harvey Milk’s 92nd birthday, Sunday, May 22, 2022, the life and legacy of the “Mayor of Castro Street” lives on, as the Harvey Milk LGBTQ Democratic Club, the Castro LGBTQ Cultural District, the Castro Community Benefit District, and the Friends of Harvey Milk Plaza kicks off a day of celebration, education, activism, and community.

Programming starts at noon and will be kicked off by those who knew Harvey best – his friends and colleagues, including Kent Denning and Medora Payne Sobottka. They will be joined by queer community and elected officials, who in large part due to trailblazers like Milk, can continue the fight to make the LGBTQ community heard and seen in City Hall and beyond. Following the kickoff, our community block party powered by BAAAHS will bring the beats and festivities back to the streets of Castro – Harvey’s home.

But the day will also be a time for reflection. With the skyrocketing number of anti-LGBTQ bills filed over the past several years, from 41 in 2018 to 238 in just the first three months of 2022, this Harvey Milk Day is a crucial moment to live out the words of Harvey Milk as we face the onslaught of homophobia and transphobia across the country.

As part of Harvey Milk Day, the Castro Theatre will also host a special screening of The Times of Harvey Milk. The restored 35mm film will return to the same screen which premiered the Oscar­-winning documentary in 1984.