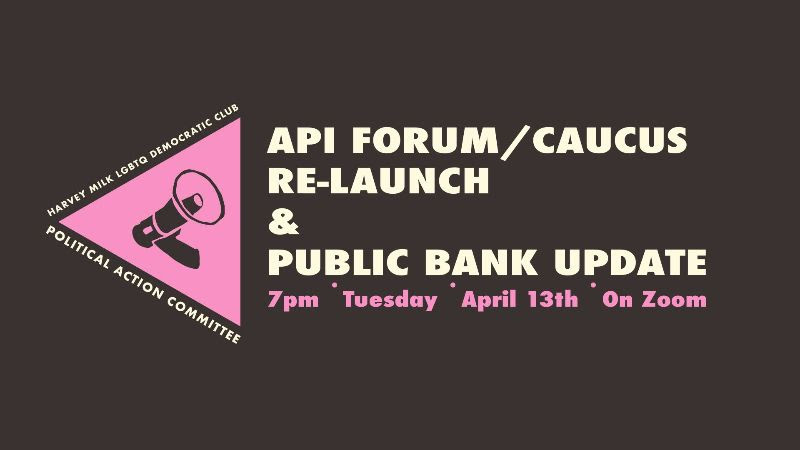 For our PAC's fourth meeting of 2021, we will host a conversation on Asian Pacific Islander solidarity and begin the re-launch of the Asian Pacific Islander Caucus, led by Milk Club Vice President of Events & Fundraising Jeffrey Kwong. We will also receive an update on the efforts to form a public bank in the City from San Francisco Public Bank Co-Founder Kurtis Wu.

Members interested in joining the API Caucus are encouraged to fill out a brief pre-meeting survey found here. 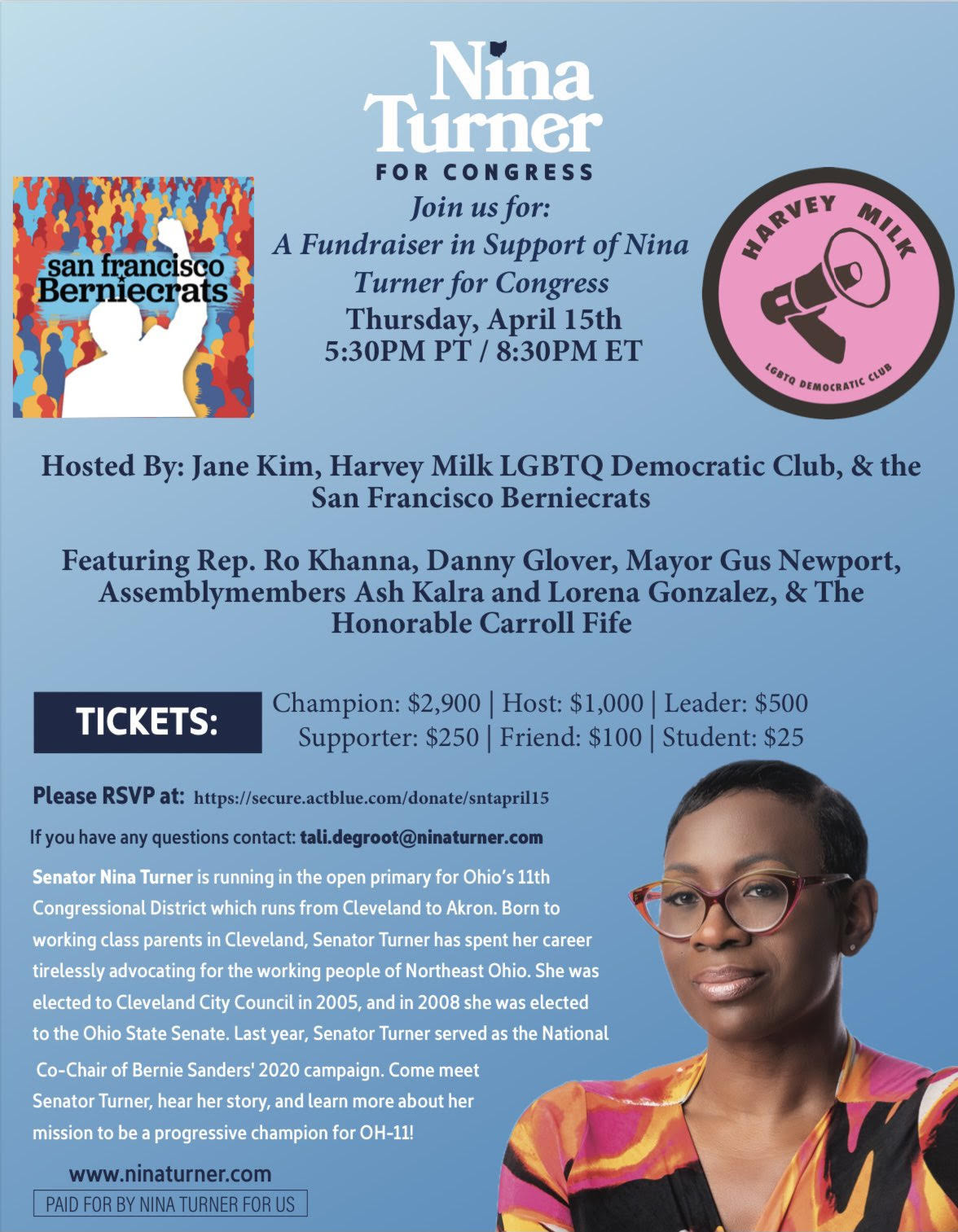 Nina Turner is a former Cleveland City Council Member, Ohio State Senator, and Bernie Sanders' Surrogate. She is a fierce advocate for the $15 minimum wage, Green New Deal, and Medicare-For-All. And now, Nina is running in a special election to fill Ohio's 11th Congressional District seat vacated by Marcia Fudge. And she needs our help!

Nina Turner is a people-powered campaign for Congress that does not take any corporate money. So it is up to us to send Nina to DC!

Please join us for a special fundraiser for the campaign on Thursday, April 15th at 5:30pm Pacific Time. RSVP by clicking here.

Our event is also hosted by Jane Kim and the San Francisco Berniecrats and is co-sponsored by Our Revolution - East Bay.

See you on Thursday!

On a different note, below is our Executive Board's response to Mayor London Breed's appointment of Christina Dikas to the Historic Preservation Committee and its current lack of progressive LGBTQ representation.

You can also read more about this important issue in the BAR. 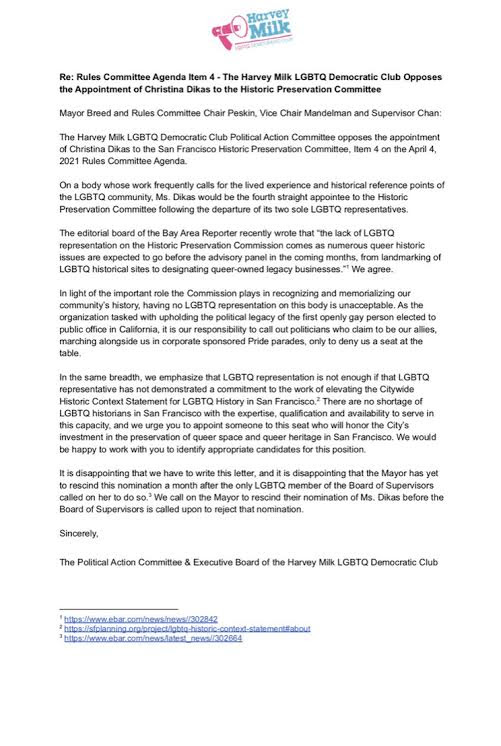 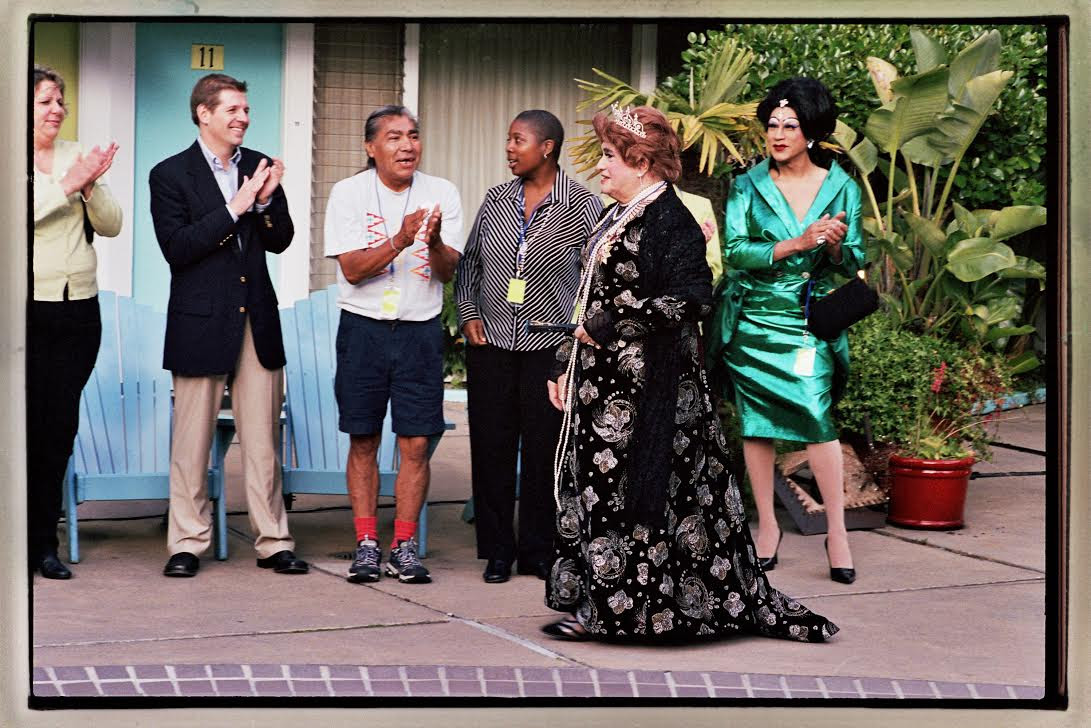 Let's elect a new Emperor and Empress for the Imperial Court! (Photo by Daniel Nicoletta.)

The International Imperial Court System is one of the oldest and largest LGBTQ organizations in the world. And San Francisco's Imperial Court (founded in 1965 by Mama Hose Sarria) is its first and oldest chapter. By the time it reached its 30th anniversary, Sarria had established more than 60 Imperial Courts throughout the United States, Canada, and Mexico --- all dedicated to the diversity of queer identity, marvelous displays of pageantry, and fundraising for critical LGBTQ causes.

And elections for Emperor and Empress are once again upon us.

The Milk Club will be out and about all day next Saturday, April 17th at three separate voting locations in SOMA (Powerhouse, 1-5pm), Polk Gulch (the Cinch, 11am-4pm), and the Castro (Harvey Milk Plaza, 12pm-6pm).

If you would like to read more about the Court and why one of our most favorite people is running - in sensible heels - for Empress, read here.

And join us for our Tuesday PAC Meeting where we will discuss the Court's significance and volunteer opportunities for the weekend ahead. 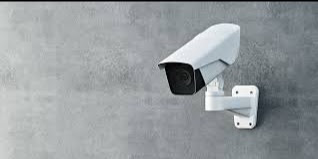 For months now, the Milk Club has partnered with the Castro Queer Cultural District and other ally organizations to push back on the installation of a complex centralized network of 125 security cameras in the Castro District - an affront to Castro's fabled history of diversity and freedom of expression.

A decision is poised to be made in the near future as to whether the Castro Community Benefit District (an affiliation of mostly out-of-town property owners) will accept nearly $700,000 in dark money to install that network - without any oversight or community input.

The Milk Club was successful in delaying that decision once, but now is the time to keep the pressure on!

The Castro Community Benefit District needs to hear that there are better uses of that money - community ambassadors! new street trees! a graffiti removal task force! - to help the community recover from the pandemic without imperiling the privacy and freedoms of queers who live and visit this iconic neighborhood. 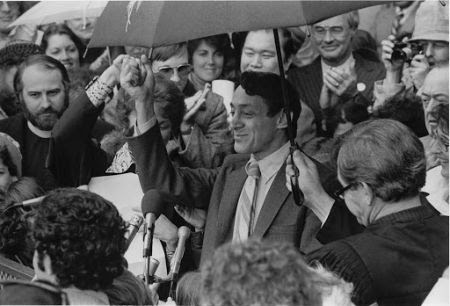