This Is Your Brain On Drug Policy: A Panel Discussion 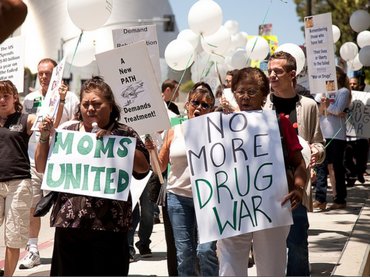 Where is the war on drugs headed today? And what role will San Francisco and the LGBT community play in the war’s future escalation or resolution? Join the Alice B. Toklas LGBT Democratic Club and the Harvey Milk LGBT Democratic Club as they come together for a panel discussion on drugs, drug policies and their impact on our community.

+ Michael Siever, PhD. Michael is the former director of behavioral health services at the San Francisco AIDS Foundation and the Stonewall Project.

Did you know the war on drugs began in San Francisco? We were the first city to prohibit drug use.

It was 1875 and the enemy was opium. Chinatown was the battleground and banning the use of opium was aimed at controlling Chinese immigrants. When the modern war on drugs began in the 1970s, African-American communities were the targets instead. The war on drugs and years of “tough on crime” laws and “just say no” moralizing has led to a prison industry that costs tax payers billions of dollars and disproportionately locks up people of color.

The LGBT community eventually became part of the war, too. LGBT people are more likely to use illicit substances, according to public health research, and more likely to develop problematic use or addiction than our straight counterparts, yet treatment programs are often not LGBT-friendly. People with AIDS seeking medicinal marijuana to alleviate symptoms pioneered legislation in multiple states that the federal government continues to fight today.

San Francisco has been a leader in promoting better drug policies, such as syringe access for HIV prevention, medical marijuana access, and treatment instead of incarceration, but we still have more to do to undo the harms of the war on drugs here.

Learn more about the important past, present and future of the war on drugs and its impact on the LGBT community. Alice and Milk are holding a joint meeting with a panel of insightful and informative experts to discuss the issue and answer your questions.