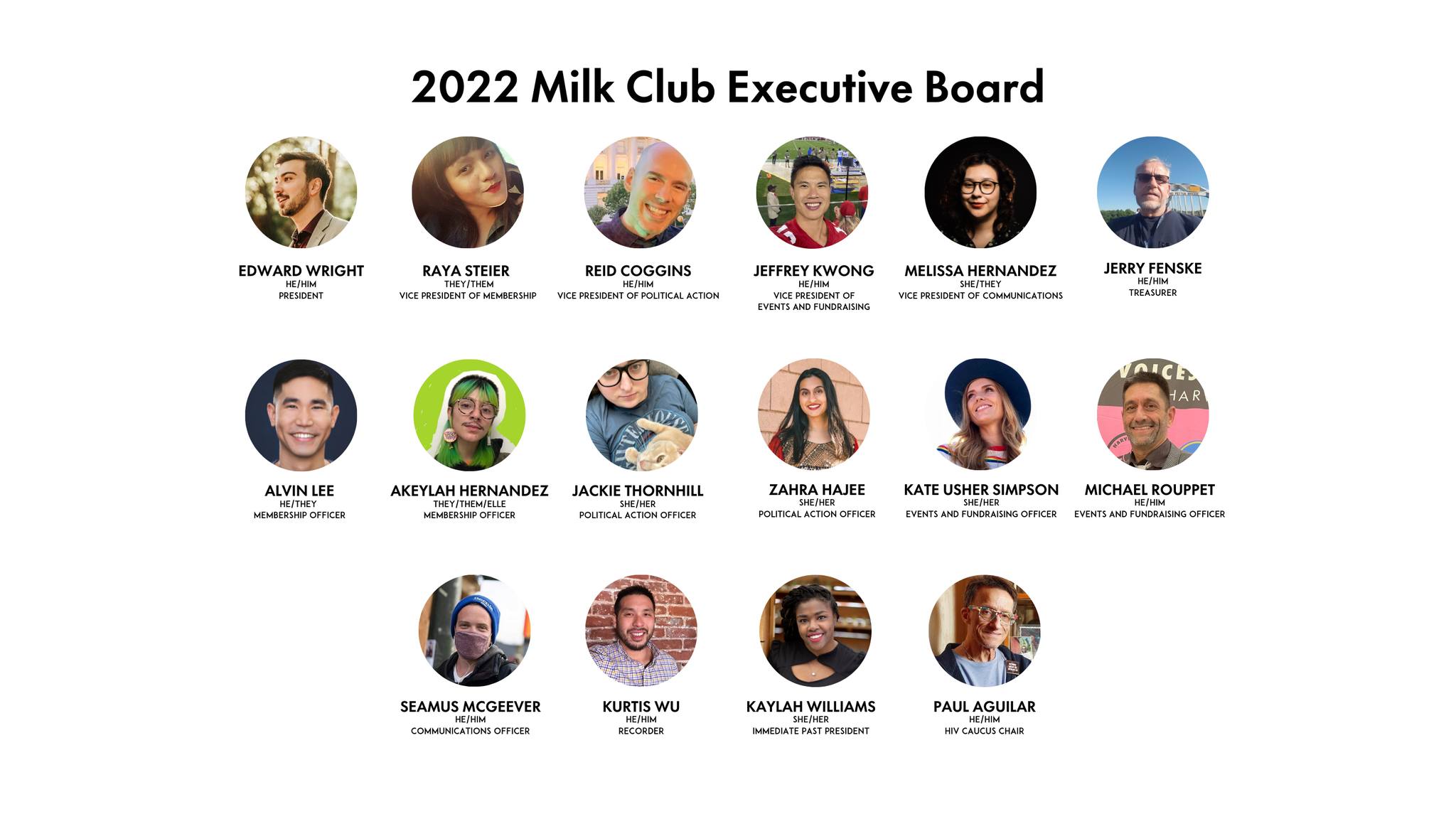 Thank you to everyone who joined tonight's General Membership Meeting! Before electing our new Executive Board (results below), our members voted to:

• Pursue joining as an affiliate member of the California Working Families Party
• Form a Redistricting Working Group
• Hold an early endorsement vote for Assembly District 21 at our February meeting
• Reschedule our February General Membership Meeting to February 22nd
• Sponsor an upcoming action at City Hall urging the Mayor, the Board of Supervisors, and the Department of Public Health to make HIV a priority in SF.
• Oppose any budget supplemental to increase police staffing, and any efforts to criminalize drug users
• Support the expedition of a service linkage center and safe consumption site, and related hiring of mental health professionals.
• Support non-police responses to 911 calls about mental health emergencies, and allowing dispatchers to contact alternative responses.

In addition, the following people were elected to serve on the 2022 Milk Club Executive Board:

And finally, the following people were nominated by the President to serve on the 2022 Executive Board At-Large: