COVID Camps and a Leadership Fiasco at the Top 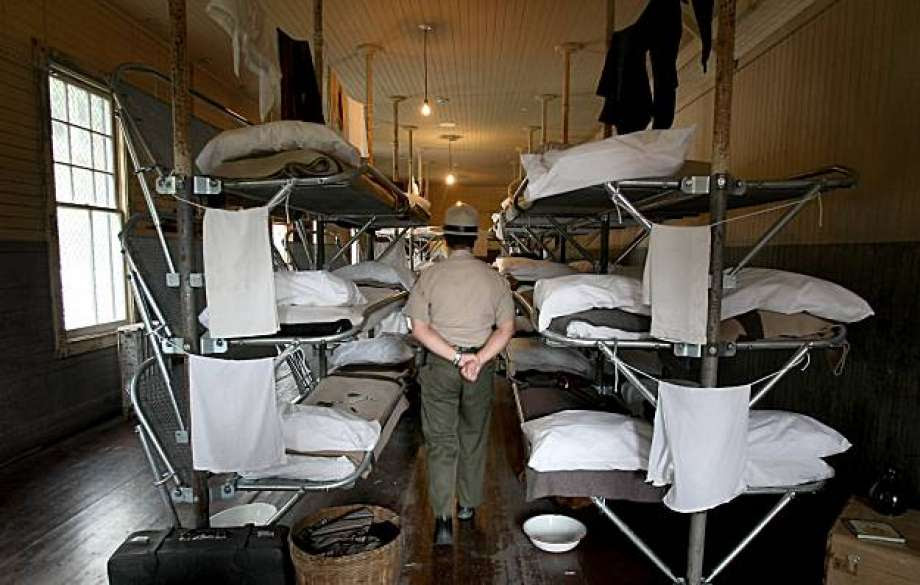 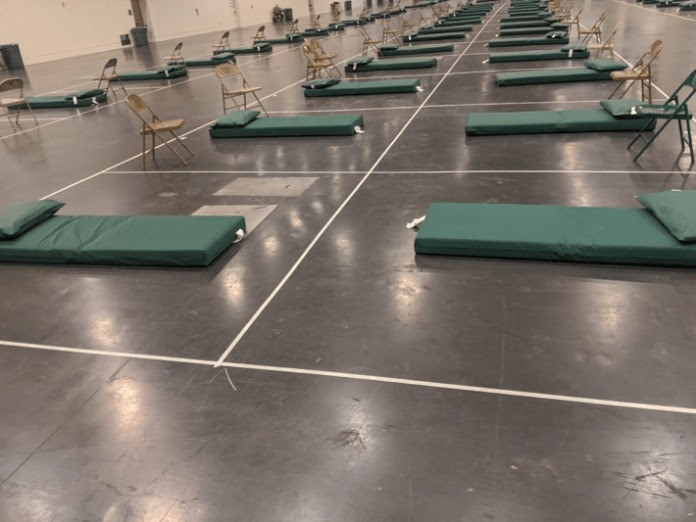 Top Photo: Bunk beds for mostly Asian travelers at an Angel Island Immigration Station, arranged as a museum display in 2010. (Photo: Brant Ward, The Chronicle.)
Bottom Photo: The Moscone Center, where homeless people at risk for COVID-19 may be forced to live in 2020. (Photo: Street Sheet.)

Despite what The Atlantic may say, you cannot claim to be a leader in San Francisco if your indifference to people experiencing homelessness verges on blatant and reckless disregard for their well-being. And in this COVID-19 era, such flippancy can, has, and will bump up the death curve.

Take for example the mayor and Human Services Agency Director Trent Rhorer's plan to create a new shelter system at the Moscone Center with no discernible physical distancing whatsoever.

“People are given a wristband with their bed number on it and shown to a tiny mat on the floor with a folding chair,” the source said. “There aren’t many people staying here yet, but there are going to be hundreds of people, all breathing each other’s coughs.”

Thanks to the loud public outcry, and outrage from our Club's allies on the Board of Supervisors, this dangerous plan will likely be drawn down significantly. And at least some of this money will instead be invested in housing the unhoused in hotel rooms. Hopefully.

(Did you know that 30,000 hotel rooms are sitting empty right now?)

We will not let this horrible plan tarnish the late Mayor George Moscone's name, nor let the current mayor or anyone else create a brand new viral hot spot in the center of town. The Milk Club will do everything in its power to make sure EVERYONE is properly sheltered-in-place during this deadly pandemic, not just those with the privilege of a roof over their heads. 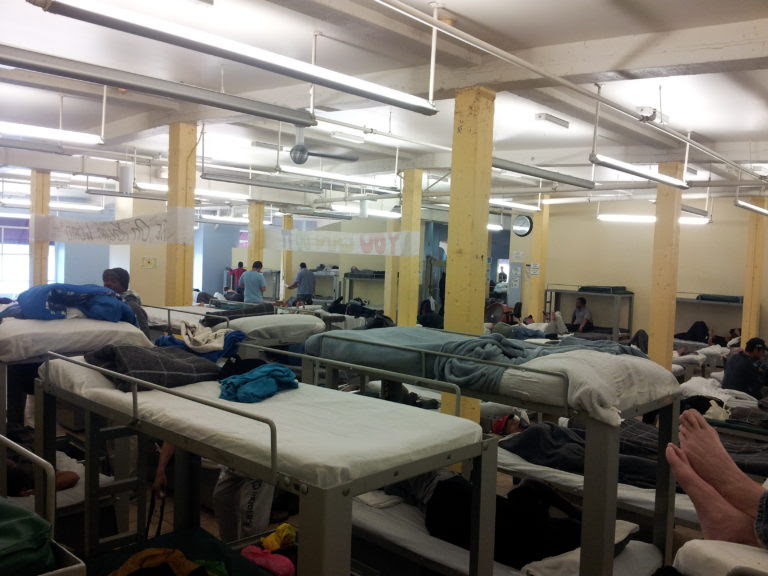 And if that wasn't bad enough, what the hell happened here, and why did it have to happen at all?

On Friday, 70 people tested positive for COVID-19 at MSC South, representing the largest viral outbreak in any shelter in all of California. According to The New York Times, this is the largest reported shelter outbreak in the entire country!

So when the mayor's allies claim that she alone is responsible for flattening the curve, when the credit should go to Santa Clara County Public Health Officer Sara Cody and the robust collaboration of officials across nine Bay Area counties, ask them who deserves "credit" for the largest outbreak in a shelter in the entire country. Or ask them about the growing number of COVID-19 cases in SRO hotels.

According to 48 Hills, "This could have been prevented – but the Mayor’s Office refused for a month to move homeless people into vacant hotel rooms."

We at the Harvey Milk Club are both thankful and grateful for all of the members of the Board of Supervisors currently pushing emergency legislation to fund over 8,000 rooms for homeless folks like those at MSC South. As well as hotel rooms for critical service workers who are also at risk of this deadly virus.

This will be voted on this Tuesday, so please contact your Supervisor right now so that we can ensure a veto-proof super-majority. Face it: You don't have anything better to do right now anyway!

The Milk Club knows what it means to protect the marginalized from deadly viruses. We fought like hell during the height of the AIDS pandemic, and we will do so again. This means flattening curves that some politicians would prefer didn't exist to begin with and ensuring they can't erase their failures from the public record.

Some things never change. And as the photo at the top of this email of bunk beds at the Angel Island Immigration Station reminds us, history too often repeats itself.