Coming Out for David Campos! 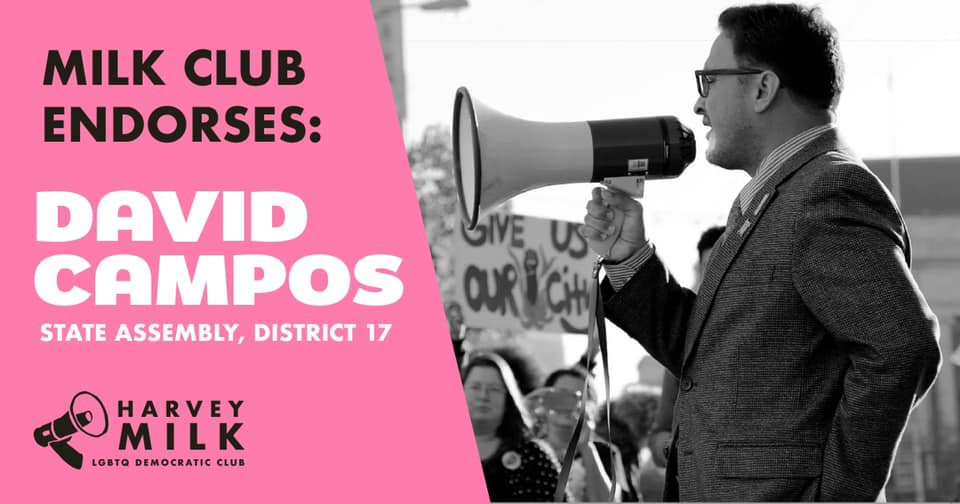 Thank you to everyone who attended last month's General Membership Meeting. (If you missed it, you can watch it here.)

At our Meeting, the Membership voted:

2) To support an ordinance sponsored by Supervisor Hillary Ronen and Supervisor Shamann Walton to ensure access to paid time off for domestic workers and the campaign behind it. (Unanimous.)

3) To hold an endorsement vote at our November General Meeting for all candidates running for CA Assembly in District 25. (Unanimous.)

Also, as you probably have already heard, the Membership voted to officially endorse David Campos for CA Assembly District 17!

We are proud to endorse David Campos for Assembly! Whether you judge the candidates by their track record, their platform, their depth of experience, or the communities they represent, David Campos is an easy choice for AD 17 at the Milk Club.

David Campos is someone who doesn't just follow public opinion, he leads it and has done so for decades. Queers deserve a proven progressive in Sacramento. And the LGBTQ community, immigrants, and the Latinx folks deserve to be seen, heard, and represented.

So for all of these reasons, mark your calendars for David Campos's upcoming campaign events. The details are below: 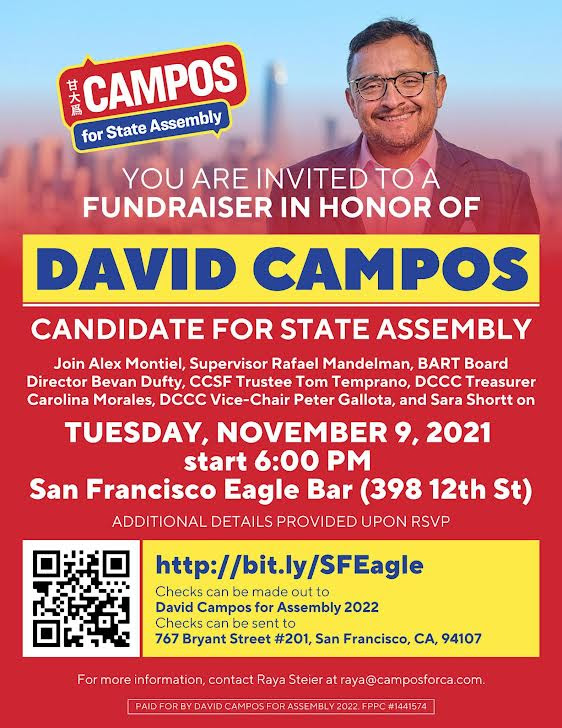 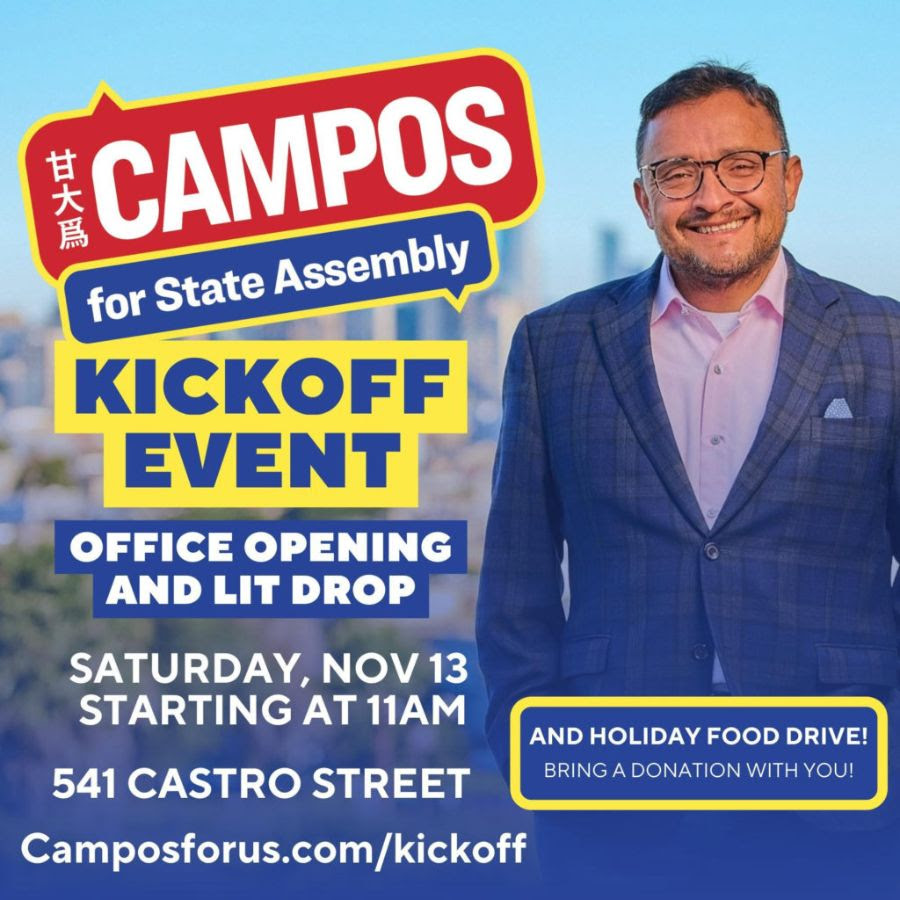 And thank you to everyone who attended and sponsored our 2021 Gayla! And a special thank you to everyone who volunteered, especially Jeffrey Phillips, Jonathan Griffin, Paul Aguilar, Tiffany, Confetti Canon (www.confetticanondj.com), J. Elizabeth Portraiture (www.jelizabethportraiture.com), Danny Nicoletta, Jeff May, Sydney Simpson, Edgar Rodriguez, and Congregation Sherith Israel.

Here are some photos: 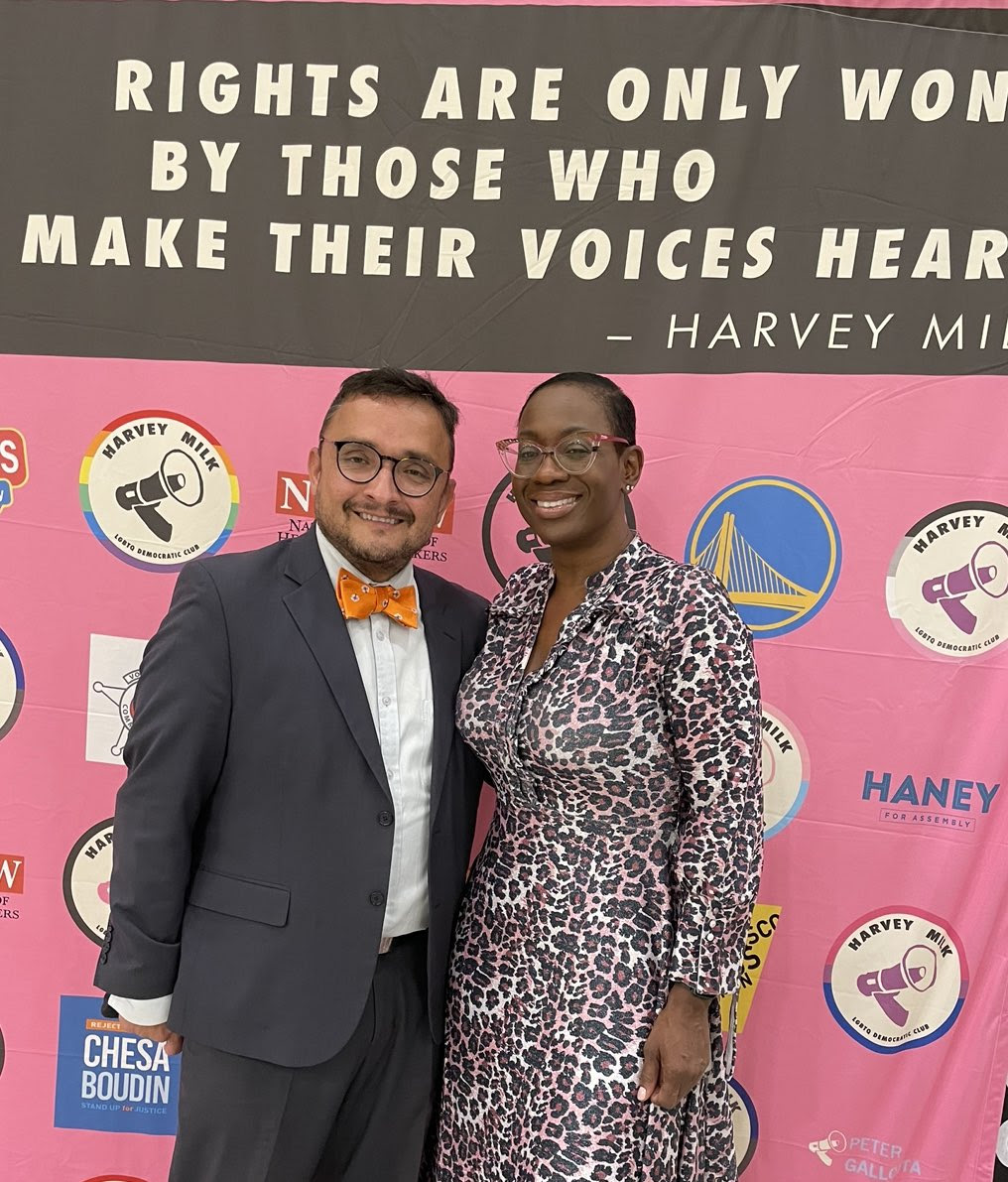 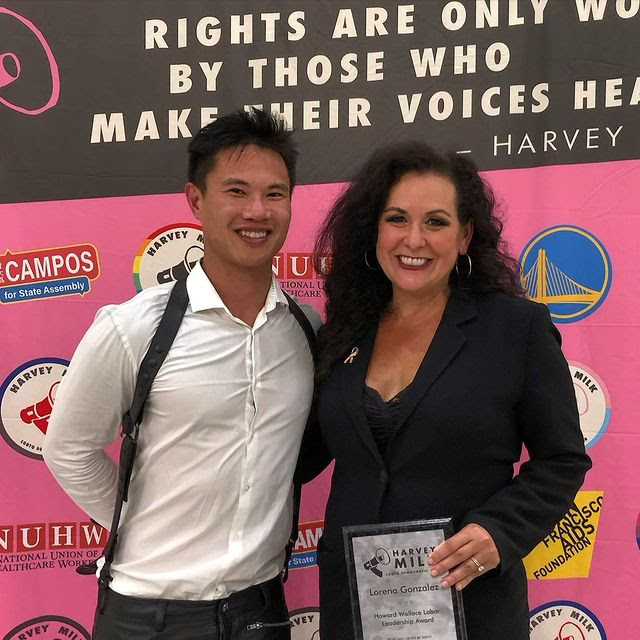 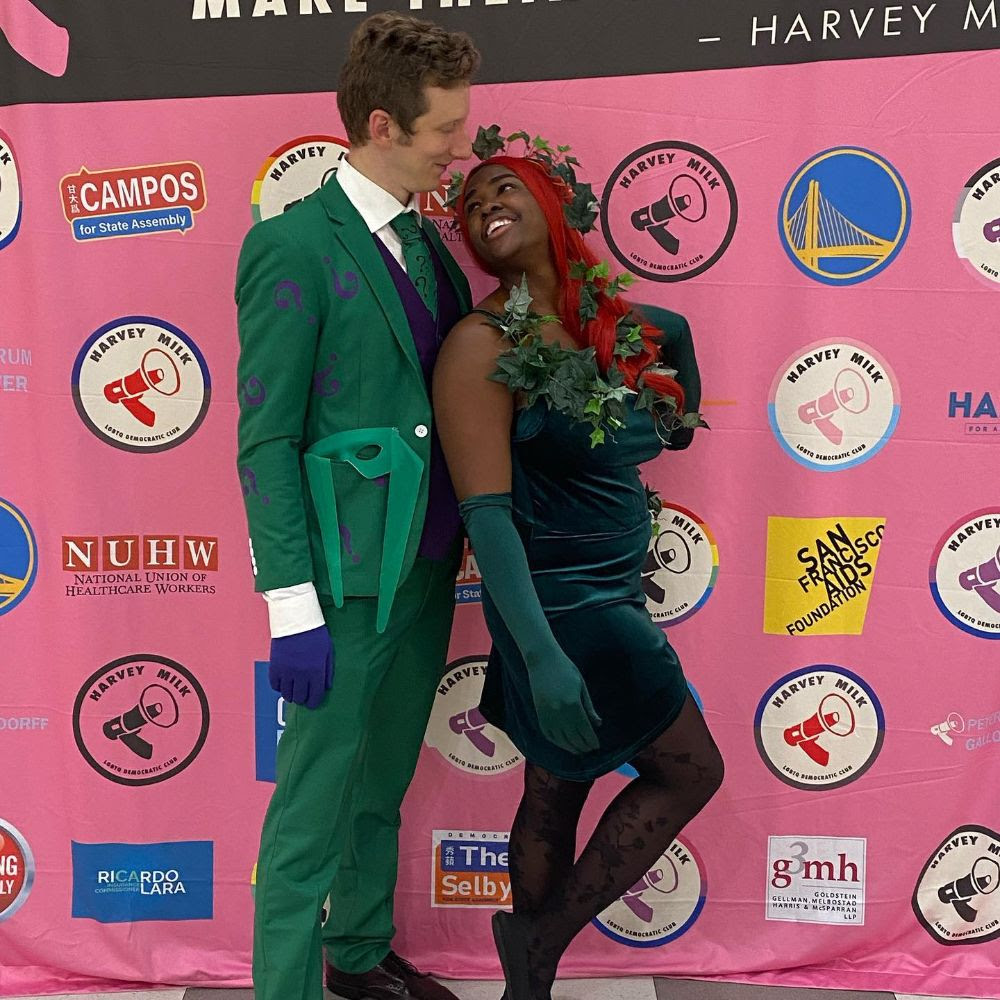 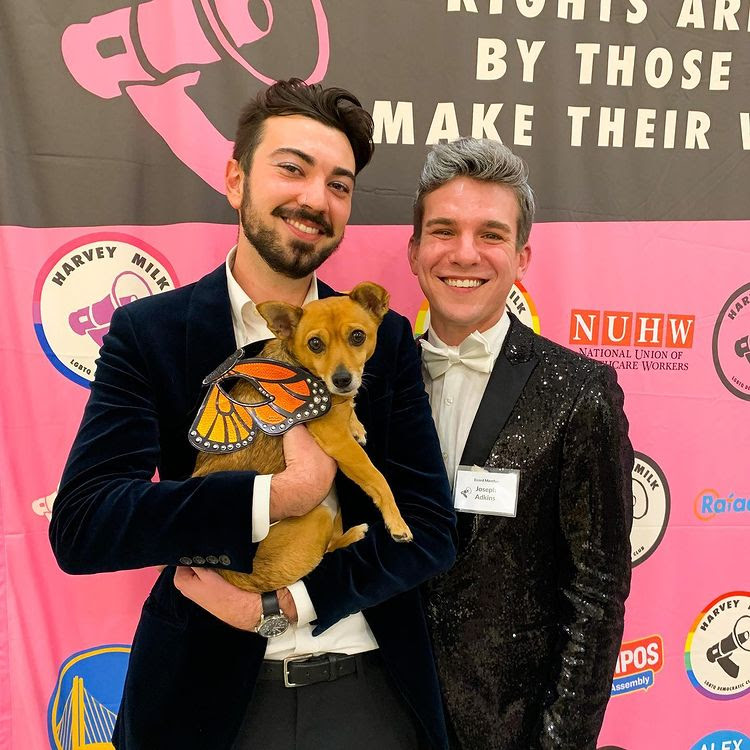 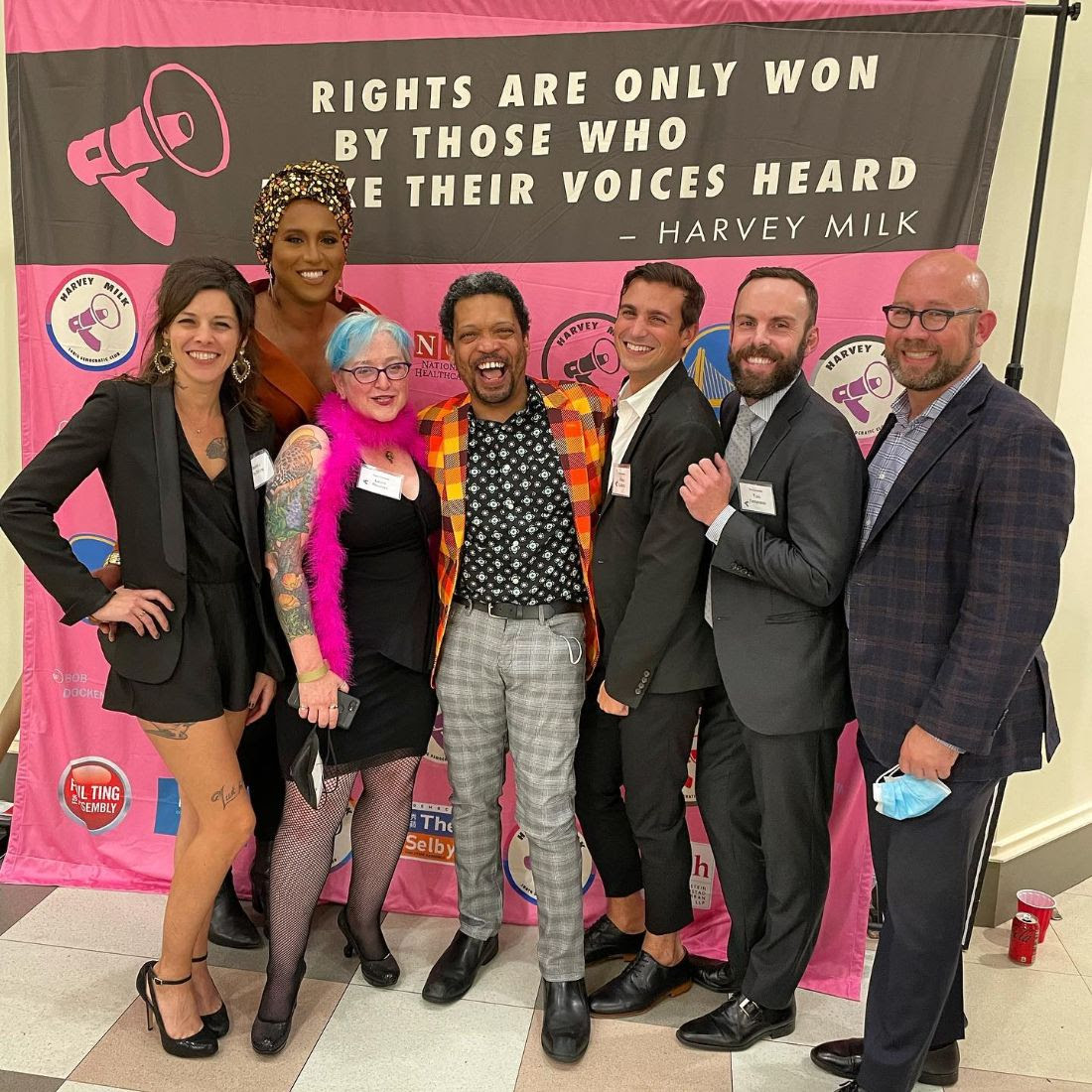 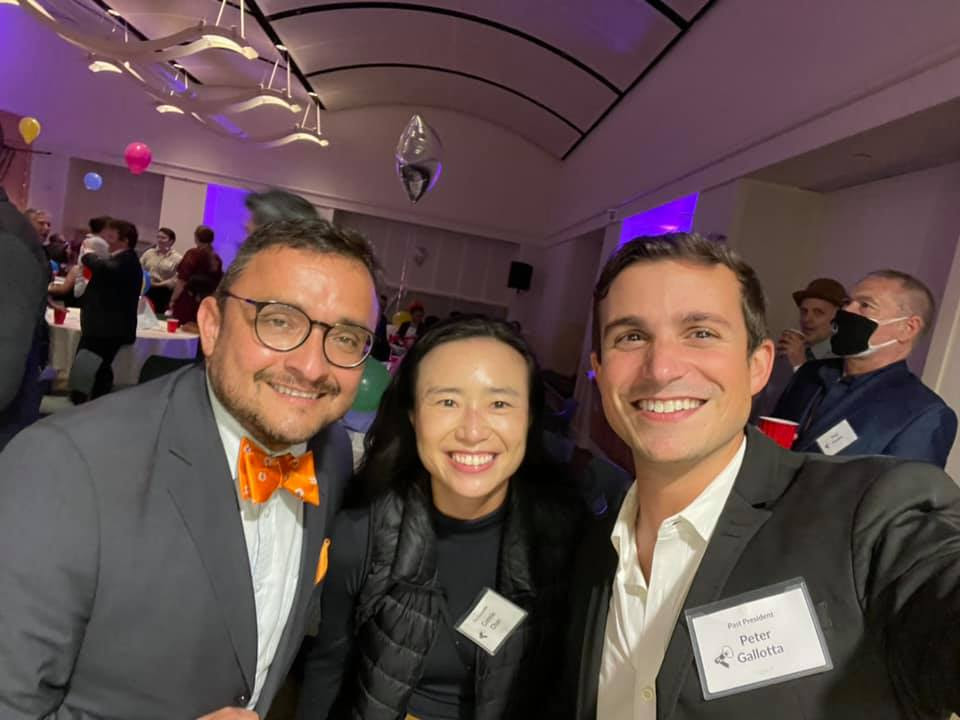 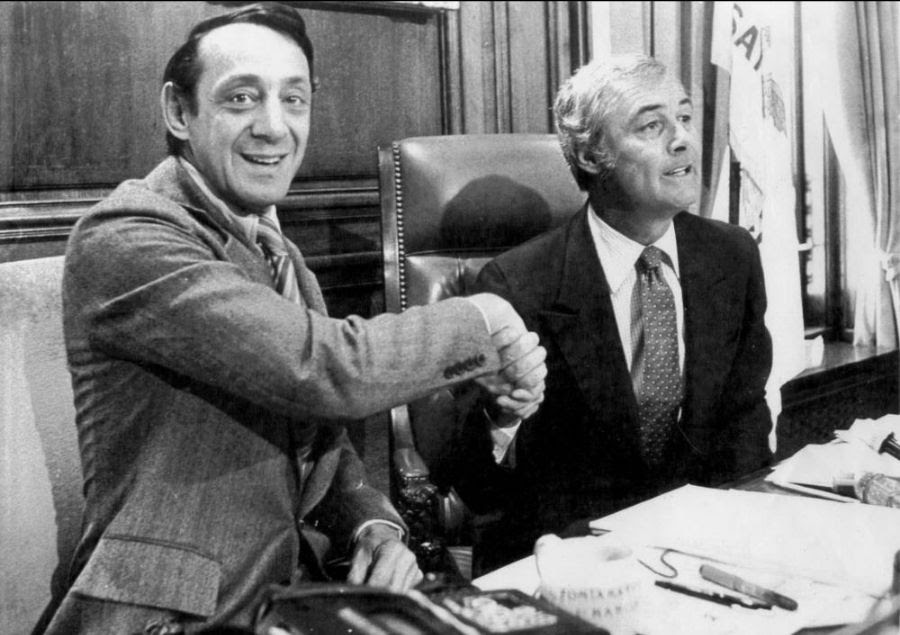 The Milk Club is unapologetically progressive and proudly queer. Since 1976, we have built power with and for all of the “Us’s” — San Francisco’s most vulnerable communities — in order to be free from scarcity, oppression, and machine politics.

Please join or renew your Harvey Milk Club Membership by clicking here. Stay with us in the fight!

Also, feel free to reach out to us at [email protected] if you have any questions regarding your Membership.