Chesa vs. The Machine 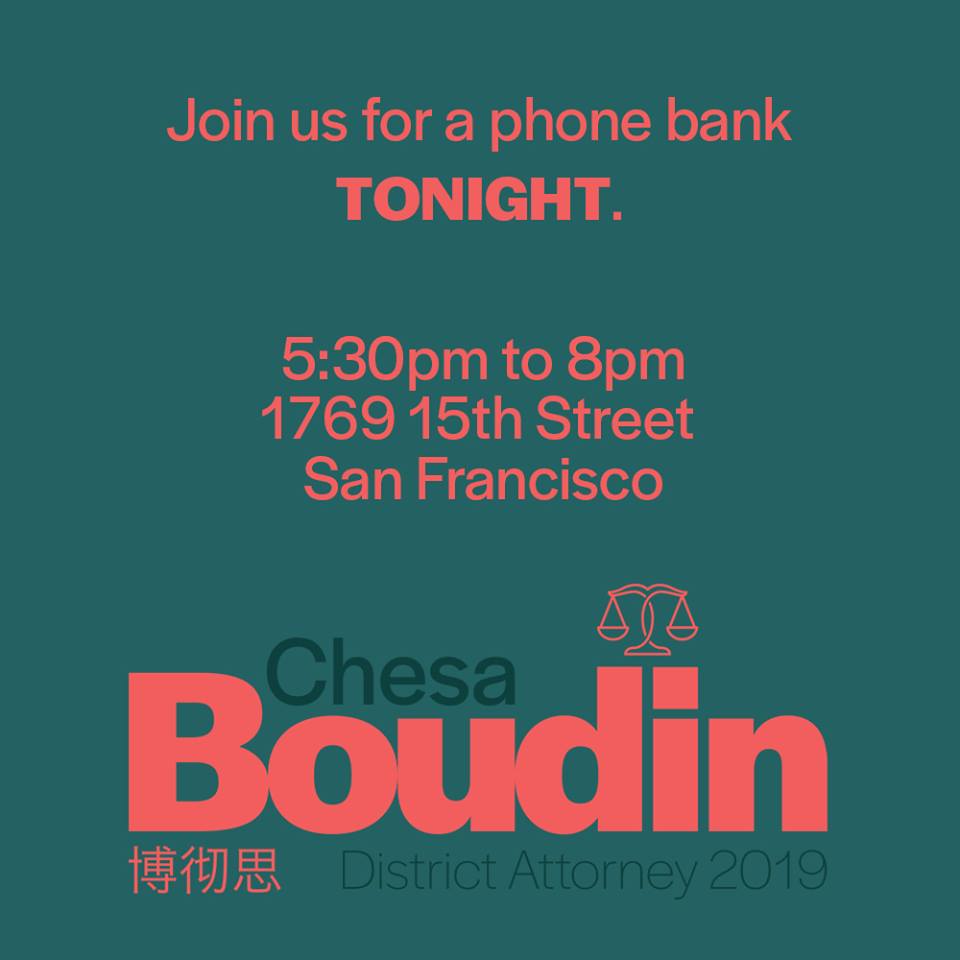 Machine politics are alive and well in San Francisco: Boudin vs. The Machine

By The Harvey Milk LGBTQ Democratic Club Executive Board.

In his campaigns for Supervisor, Harvey Milk’s unofficial slogan was Milk vs. the Machine. It reflected not only his values but the realities of challenging a political system that entrenches power for the few at the expense of the many — and at the expense of queer folks, trans folk, the working class, and people of color.

With Mayor London Breed’s appointment of candidate Suzy Loftus days before voting begins, it is clear that machine politics are alive and well in San Francisco, and it comes at the expense of our democratic processes and our progressive values. The race for District Attorney would and should have been the first open race without an incumbent in over a century. The fact that it took us over a hundred years to have this opportunity for the people to decide who should represent us at the Hall of Justice speaks volumes about entrenched power and the means the powerful use to keep it.

It also speaks volumes that Mayor Breed took this opportunity away from us, refused to let the people decide for ourselves who should be our next District Attorney, and instead put her thumb on the scales by appointing her chosen candidate days before voting begins. This is machine politics at its worst. Regardless of whom you support in this race, we should all condemn this shady action that once again deprives us of a truly open race and a free and fair election.

This was a desperate move, one that puts entrenched political factions above and against democracy. It’s shameful, offensive, and wrong. This erasure of our democratic norms deserves to be called out, regardless of who you support for District Attorney.

The winner of this race should be decided by we the people, based on the merits of each candidate, not picked for us based on who’s coziest with the power brokers. The Machine doesn’t care about democracy, but we do. And the next District Attorney should care too because democratic values are at the heart of San Francisco’s safety and justice issues.

This makes the choice before us clearer than ever. We deserve leaders, not gatekeepers. We need movements, not machines. We deserve better than the status quo. We deserve Chesa Boudin as our next District Attorney.

Chesa is a different kind of candidate, running a different kind of campaign. He knows firsthand the injustices of mass incarceration and a criminal justice system that doesn’t keep us safe but does keep LGBTQ people in cages at alarming rates. The same institutions that tried to keep Harvey out of office are doing their damnedest to deny Chesa a fair shot because they are scared. They are scared because Chesa is outrunning and outraising his opponents while simultaneously challenging San Francisco to do and be better. And they should be scared because when Chesa wins, it is going to be a victory for Us— for all of the Us’s—over the powers that be.

This November, it is Chesa Boudin vs. The Machine. And we know who we stand with because Chesa Boudin stands with us. 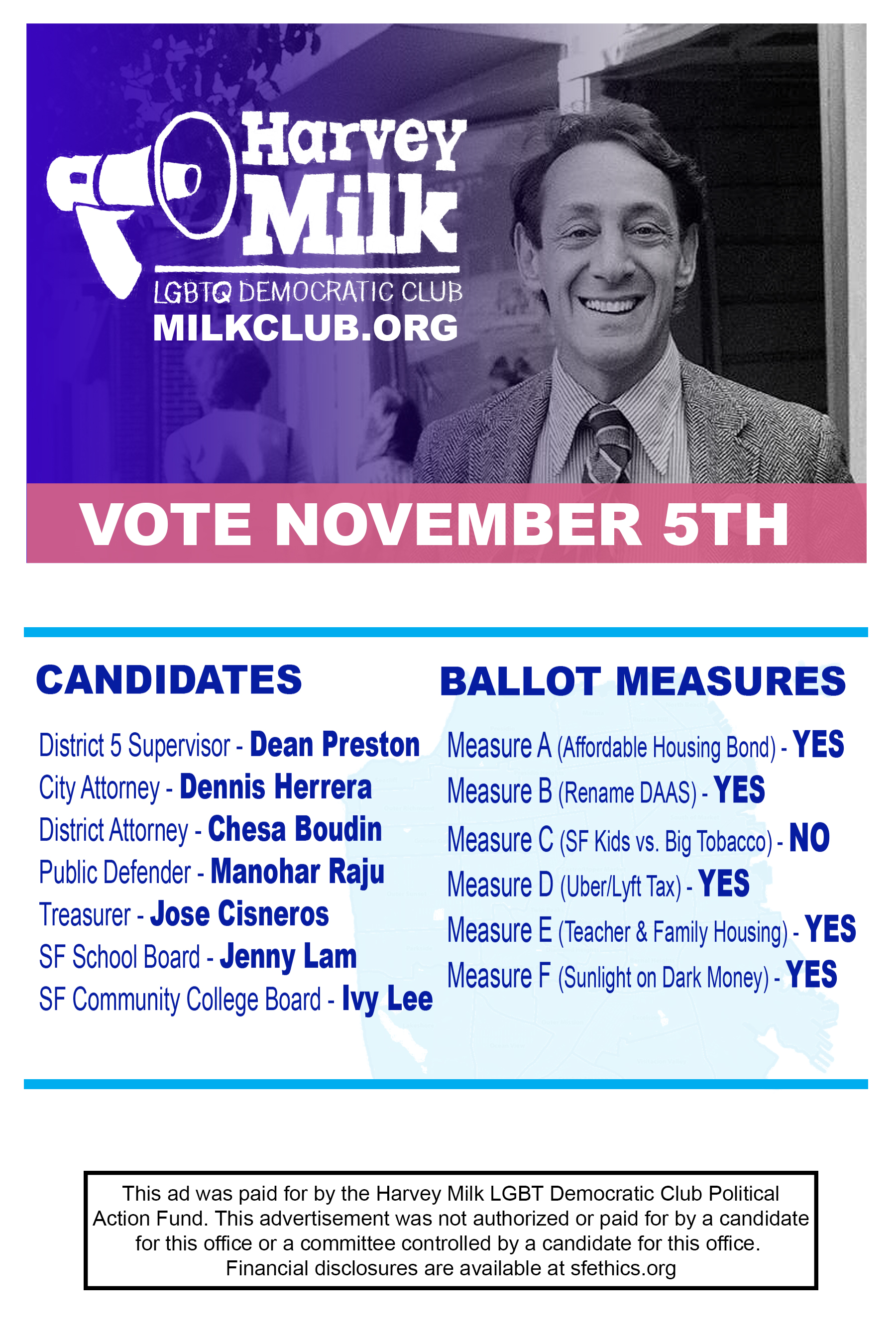