Act Up! Fight Back! 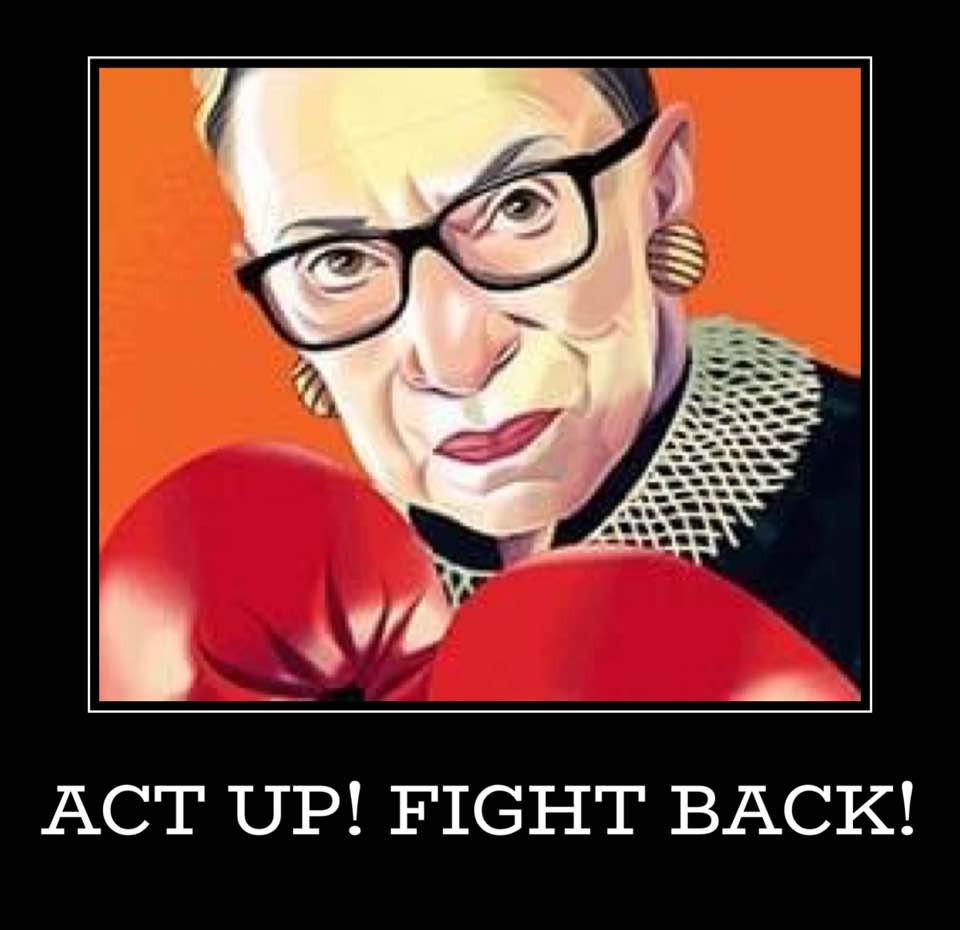 “I ask no favor for my sex. All I ask of our brethren is that they take their feet off our necks.”

There are no words to describe how saddened we are by the passing of Supreme Court Justice Ruth Bader Ginsburg.

Much like our Club’s namesake, Ruth came from humble beginnings. She was born to Jewish immigrant parents and grew up in New York during the Great Depression and came of age during World War II.

The gender discrimination Ms. Ginsburg faced throughout her professional career undoubtely shaped her political values and overall jurisprudence, much to the material benefit of the lives of millions of Americans during her service on the United States Supreme Court.

During Justice Ginsburg's tenure on the Court, she fought for Women's rights, LGBT rights, racial equality, voting rights, workers' rights and against discrimination, voter supression, gerrymandering, money in politics and unfettered capitalism. Some of the most rulings on LGBT rights she presided over include (but are not limited to):

Romer v. Evans (1996):
Voiding an amendment to the Colorado state constitution that prohibited laws protecting the rights of homosexuals.

Obergfell v. Hodges (2015):
Giving same-sex couples the right to marry in all 50 states.

Bostock v. Clayton County (2020):
Banning employees from being discriminated against on the basis of sexual orientation or gender identity.

As you can probably guess, the leadership of the Milk Club is deeply worried by who may replace RBG on the Court and the potential loss of all of our civil rights over the next few decades. But we must focus on this fight one step at a time.

The first step is to volunteer with us and turn out a solidly progressive vote in November 2020. We will show you how below. 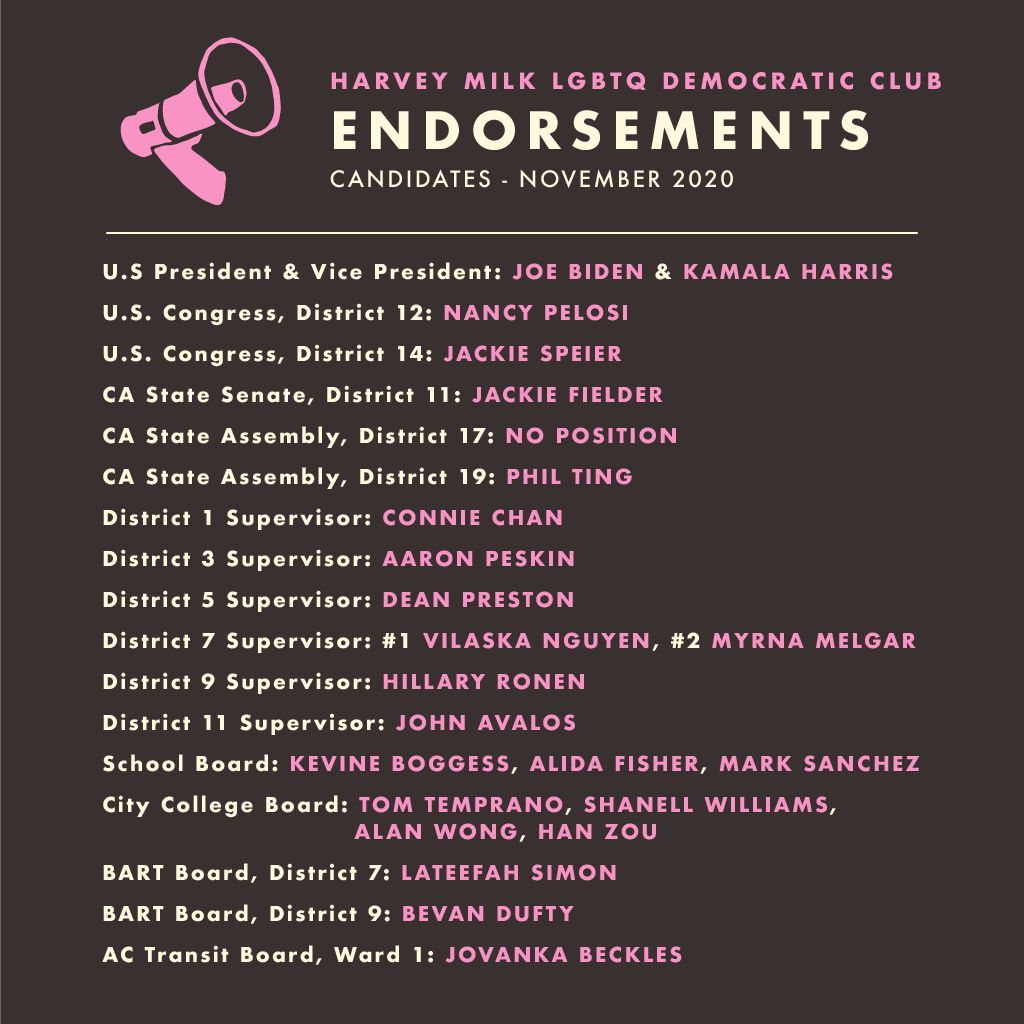 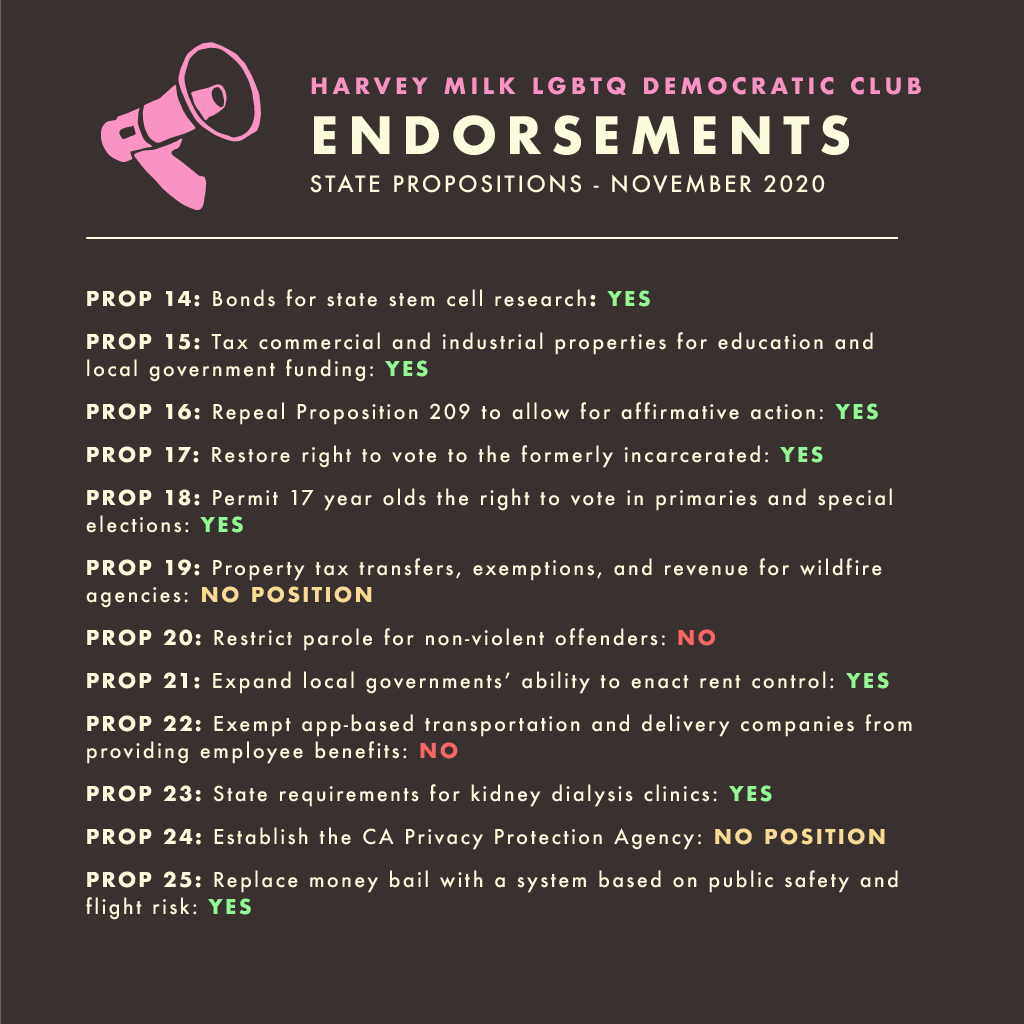 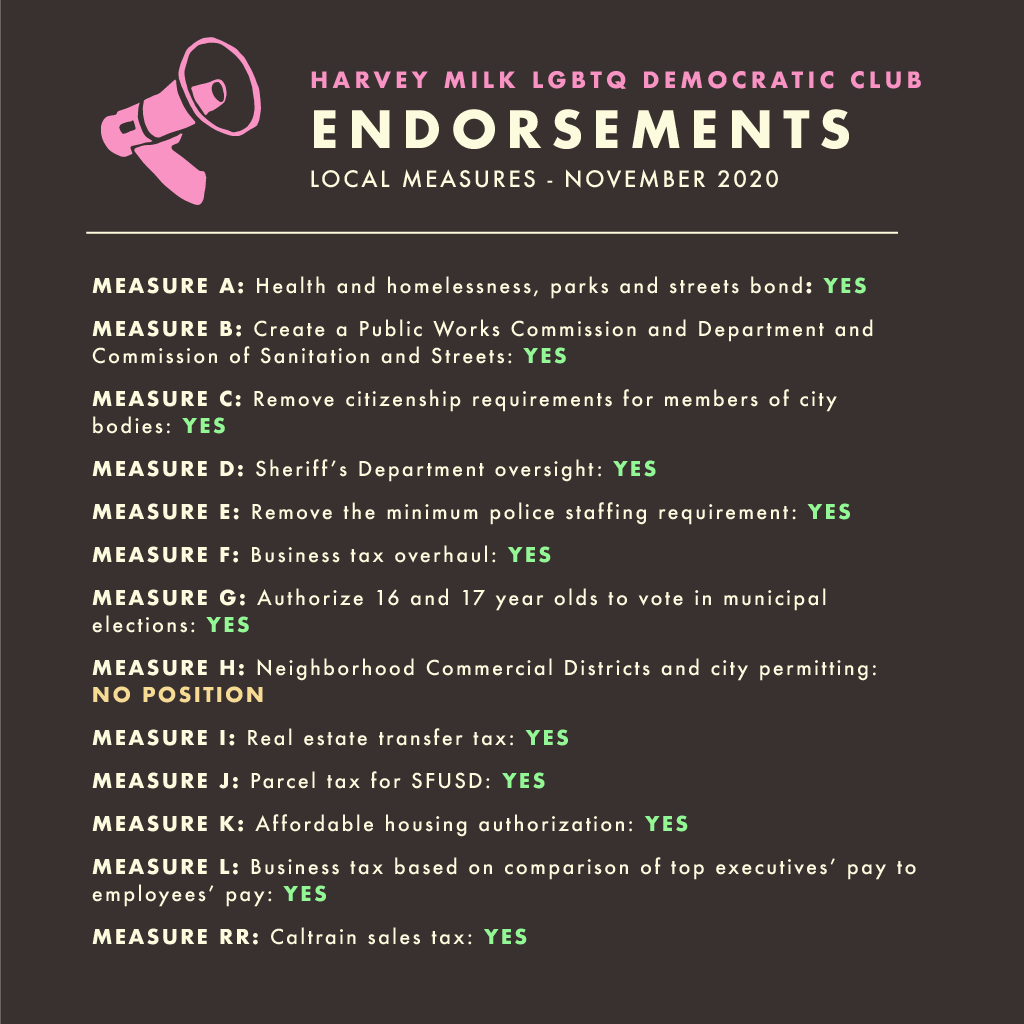